As a television reporter for over 10 years working at CTV Montreal (1995-2007), I covered general assignment news stories ranging from the courts, politics and social welfare to healthcare, education and crime.

Working in English and French in one of the most dynamic, diverse and busy newsrooms in the country also afforded the opportunity to report on several major news stories including: the 1995 Quebec Referendum and the historic Saguenay Floods.

From 1999-2007, I was a sports reporter at CTV Montreal, covering all the major professional sports teams including the Montreal Canadiens, Montreal Alouettes, Montreal Impact, Montreal Expos, as well as amateur athletes.

As an anchor, I produced and anchored a nightly live sports show called ‘Sports Night’, which provided a round-up of the day’s sports news. 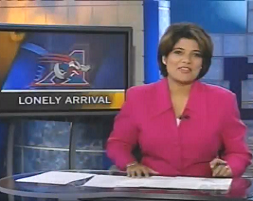